The Voyagers were ranked second in their region, as well as in last weekend’s Canyon Athletic Association soccer tournament played at Arizona State University’s West campus.

Coaches Mr. William Ortega and Mr. Alex Calabrese and 8th grade captain Luis Alvarez were excited to talk about the season to date.

“The keys for us have been hard work and never giving up,” said Luis, an 8th grader at VCP-Sueño Park who plays center midfielder, striker, and has been the starting goalkeeper for much of the season. “The one match we lost, we were down 2-0 at halftime and we never stopped fighting for the ball. We lost that game 2-1, but we never gave up and it was amazing to see.”

“I played high school football and the match Luis mentioned was the most intense thing I’ve ever been a part of in sports,” Mr. Ortega adds. “The players know that they’re playing for something bigger than themselves - their team, their community, their city, and Vista College Prep. They’ve shown that they’re willing to do whatever it takes to win both on the field and in the classroom.”

Mr. Ortega says that finding a balance between school and play, as well as finding time for everyone to see the field, is a huge part of what makes VCP’s soccer team and school a great learning experience.

“The first day of practice, we told everyone that we want student-athletes on the team,” he says. “The lessons that we’re learning in soccer are also things that they can take with them into real life situations.”

“One thing about Coach Ortega is he’s very inclusive,” Mr. Calabrese adds. “We have more than 30 students on the team of all skill levels, and he makes sure to get everyone as much time on the field so they can feel like they’re a part of the team.”

Luis Alvarez, who has attended Vista College Prep since kindergarten, will enter high school next year with fond memories of soccer as well as the great lessons from his teachers at VCP, who have given him confidence as a student-athlete.

“There were times when I wanted to leave class because the work was too hard, but the teachers here are great, they really try to help you with whatever you need. The VCP experience has been really good for me.”

The  VCP family would like to congratulate Luis and his teammates, Mr. Ortega and Mr. Calabrese for an amazing season! 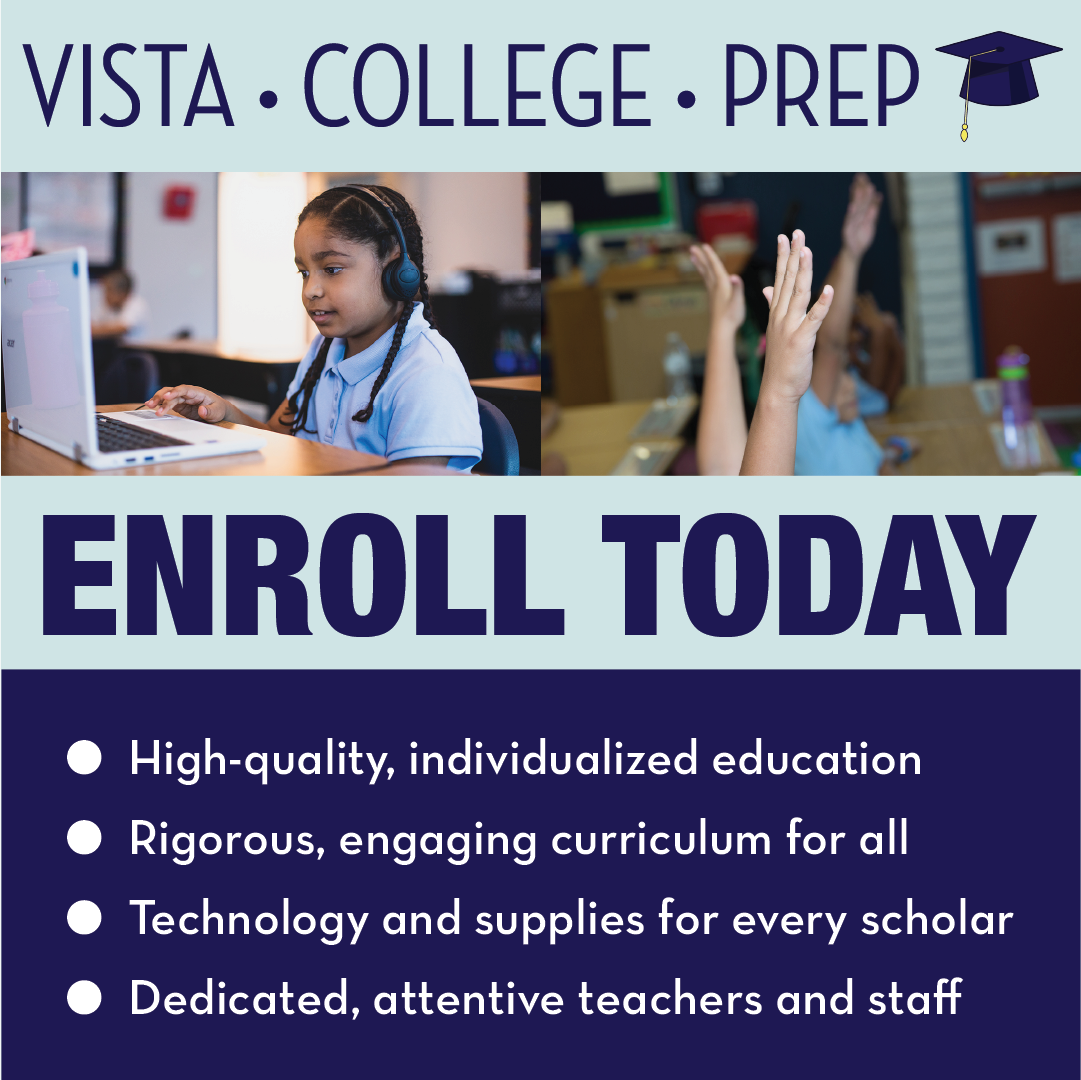